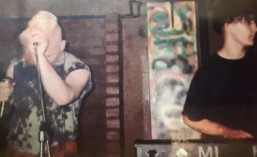 The music project initially was founded in 1993 by Mario Tews and Riccardo Schult-Nowotny. Inspired by well known electronic artists of their time, they started out to emulate and imitate their musical heroes. Quickly, the first tape releases followed, with songs like SPIRIT OF HATE, CREATURE, FROM DREAM ESSENCE und FROM WASTE TO DUST – dark, brooding songs dominated by harsh sounds and aggressive vocals. The promo CD IMMORTAL GIFT from 1999 marked the end of this early creative phase.

With the beginning of the new millennium, the band was able to achieve a first moderate international success. For weeks, their song STATIC CITY topped the Alternative Charts of the (at that time) very popular music platform www.mp3.de. And with SALVATION, Final Selection won »best electro pop song« as part of the »Battle of the Bands« competition initiated by the famous German music magazine »Sonic Seducer«. 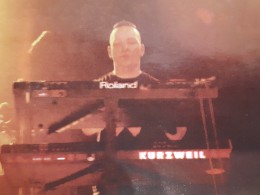 2002, the polish record label Black Flames Records became aware of the band and took them under contract. In the same year, Final Selection won the audience award of the Eurorock Festival in Belgium.

In March 2003, their debut album ANTIHERO finally saw the light of this world. Critics, scene magazines and listeners alike were full of praise. Final Selection became one of the most promising electronic acts in dark wave and gothic music. The magazines »Sonic Seducer« and »Zillo« even nominated ANTIHERO for »Record of the month« and »record tip of the month«.

2004, the band released the EP »Heading for Graceland«, which was meant as an appetizer for the forthcoming concept album »MERIDIAN«, with five new songs and several remixes from other genre bands.

»MERIDIAN«, the official second full-time record, was praised from critics and fans all over the world – if they were lucky enough to get their hands on the artfully designed CD. Internal squabbles between the record label and the German distributor and financial problems resulted in a sheer promotional disaster.