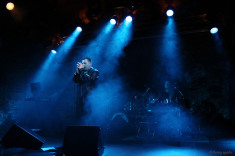 Live, however, the band could convince the audiences at the Wave Gotik Treffen in Germany, the Castle Party Festival in Poland, the Infest in UK and the Eurorock Festival in Belgium. The ongoing problems between the record label and the distributor and also the band itself let to a rift between all parties. Black Flames Records went bankrupt shortly after.

In the meantime, the band already worked on new material. With the German record label Flash Pop Media as a new partner, the band released the album CLOCKWORKS in 2008. Again, the album received critical acclaim. For several weeks, CLOCKWORKS topped the charts of the leading underground music mail-order platform POPONAUT.DE, over well known artists like AND ONE, DIARY OF DREAMS or COVENANT.

But the band seems to be dogged by bad luck. From one day to the next, Flash Pop Media just disappeared, off the grid. No royalties, no promo activities. For the second time, a full release of the band was doomed to be unheard.

In 2011, Falk Schilling extended the line-up of the band with his dynamic drum work. 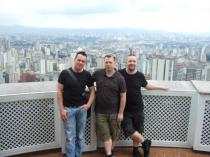 The year 2012 was to become the most memorable year in band history. Final Selection was invited to play a gig in Sao Paulo. Unbeknownst to them, the band had gathered a huge fan base overseas. People from all over South America came to Sao Paulo only to see the them playing live.

After that, the project slowly fell in oblivion. Live performances became more rarely, the work on new songs proceeded sluggishly. By the end of 2015, Mario Tews left the band for personal reasons.

The remaining band members experimented with female guest vocals an re-arranged some of the existing songs, but these efforts were just that … an experiment.